Monbulk RSL has re-opened however to due to COVID-19 restrictions apply to numbers of people inside and out as well as required vaccination status of attendees.
We look forward to seeing you again soon. 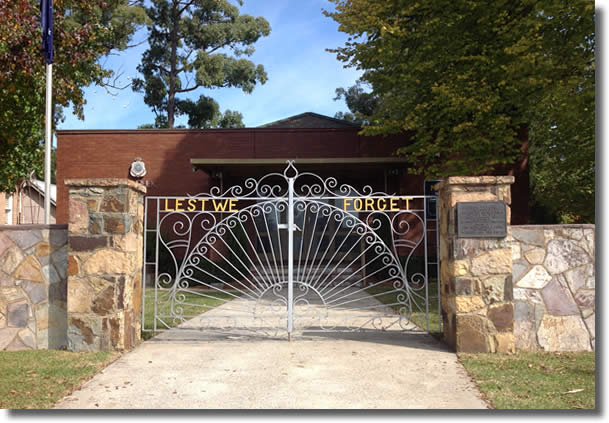 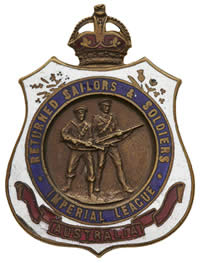 The RSL as an Organisation

The RSL evolved out of concern for the welfare of returned servicemen from First World War. During 1916, a conference recommended the formation of The Returned Sailors and Soldiers Imperial League of Australia (RSSILA) which included representation from Queensland, South Australia, Tasmania and Victoria. New South Wales was admitted to the League the following year, and Western Australia in 1918. In 1927, the Australian Capital Territory formed a branch and was admitted. 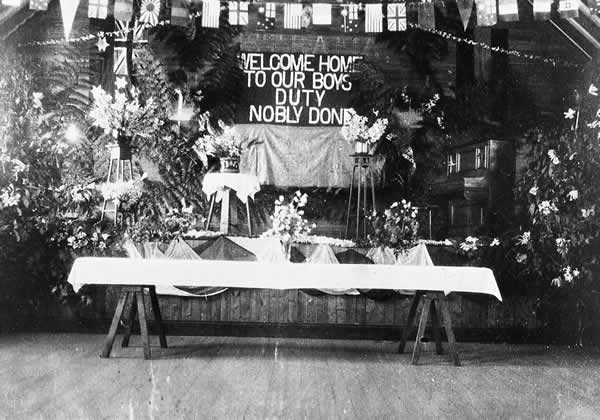 Annual RSSAILA TB Balls (originally known as the Diggers Balls) were held in Monbulk to raise funds for those who returned from WW1 with Tuberculosis but were not eligible for war pensions.

In 1946 the returned servicemen of both World Wars who lived in the Monbulk district decided to form a branch of the RSL locally. The members held their meetings in Muriel Peck's Cottage in Moores Road (now Wellington Cottage). They talked and planned for the day they would have their own clubrooms. These plans moved a step closer with the donation of the block of land in the centre of town by Mr and Mrs Frank Severino in memory of their son Frankie Severino who died in an accident when a young man. The ladies in the Kookaburra Club led by Hilda Lane put their efforts into helping the men raise money for building materials. Jack Wensley, local Estate Agent procured the scarce building supplies through another former soldier, Ned Anderson of Anderson's Mill and Timber Supplies. Builder Jack Cheek supervised the army of volunteers, who included Tom Cavey, Harry Gay, Geoff d'Argaville, Vic Jones, Jimmy Gray, Jack Sykes and many others who devoted any spare time on weekends or evenings to building the first section of the building. The men would sometimes work on the building before a meeting so no time was wasted.

These clubrooms represent the hard work, of voluntary labour with which Monbulk has been identified since its days as a "Village Settlement" in 1893.

Mrs Gunn supported this venture wholeheartedly and declared it would be a marvellous idea to establish a library for the Club. Over the next ten years she collected books for the library. In the finish she had amassed 900 books for the library as well as handing over one of her own bookcases to help house them. The library continues to be a wonderful legacy for the Monbulk RSL members who even today look upon the collection with great pride and enthusiasm. 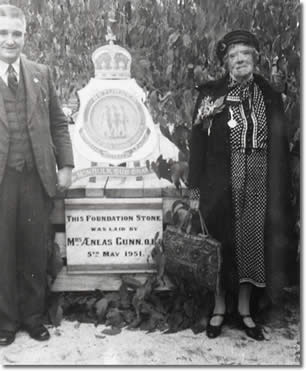 Mrs Gunn officially lays the Monbulk RSL foundation Stone with Dooley O'Donohue, 1951.Jeannie had a personal need to create a uniquely special book that would be a highlight of the Monbulk collection. In 1949 she began work on a new manuscript, a detailed record of the men from Monbulk and District who served in the Boer War (1899 - 1902), the Boxer Rebellion (1901) and the First World War (1914 - 1918). Over the next few years she researched the list of men and their service histories from a variety of sources including seeking out former Monbulk residents throughout Victoria. Mrs Gunn’s nice legible hand written detailed manuscript along with a typed copy which is encased in a leather and gold embossed cover was presented to the club. The handwritten manuscript and bound copy have remained with the RSL Sub Branch ever since.

In May 1951 the Monbulk RSL laid a foundation stone for their new clubrooms. Mrs Gunn performed the honour of unveiling the tablet in the presence of President, Dooley O'Donohue and over 200 spectators. In 1953 she returned to the site, this time to perform the opening of the newly built clubrooms of the Monbulk RSL. She received the key from Lady Knox and turned it in the front door.

The Memorial Entrance Gates were sponsored and presented to the RSL by the local ladies Kookaburra Club.

In 1962 Jack Cheek and Nick Panioty worked for wages only, no profit margin, to build the second stage. An archway in the main hall indicates the beginning of the second section of the building. The toilet facilities were also added at this time.

The RSL Ladies Auxiliary strongly supported the men's efforts by handling the catering when the hall was hired for wedding receptions, engagement or birthday parties and regular dances. Jack Cheek remembers these dances being very well attended with a band or local three-piece group providing the music. Jack Sykes ran Bingo Nights for a number of years, as this was also a good fundraiser for the RSL. During the winter months a very active Euchre Club operated on Wednesday evenings.

In 1965 Jack Cheek added a billiard room that was divided from the main hall by folding doors. A bar was then built into one corner of the new section and a full sized billiard table was purchased. 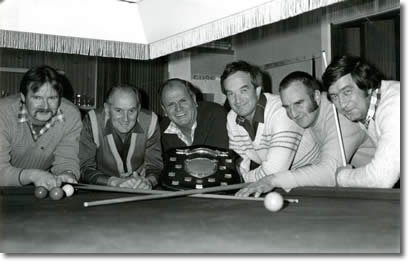 Monbulk RSL 12th District Board 1982In 1972 the facade and main entrance to the Monbulk RSL club rooms were given a facelift. The brickwork was chosen in chocolate to match the soil of the district. Extensions to the new kitchen and back entrance were also started. The new approach steps and porch canopy were the next to be installed. A large RSL emblem and wrought iron "Monbulk RSL" was placed on the brick facade to complete this stage. 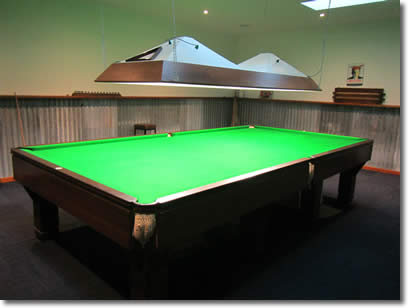 Billiard Table in its new roomThe Ladies Auxiliary found their catering to be a good money earner but the size of the kitchen made the work difficult so in August 1972 Jack Cheek extended the kitchen by six feet.

In recent years, members have continued to use their individual skills to make further improvements to the Monbulk RSL. A new billiard room to house their full size billiard table, a Members’ Bar and meeting room as well as new toilet facilities have all been built on and the glowing log fire offers a warm welcome to all who visit the Hall.

Another upgrade to the kitchen has more recently taken place making catering much easier. 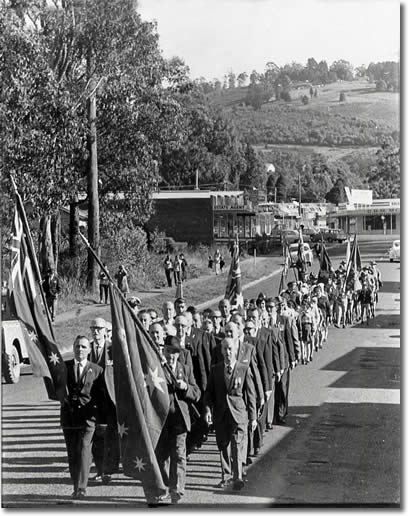 Anzac Day March down Main Street Monbulk 1970At 6am the bagpipes begin to play on the steps of the RSL and the Monbulk RSL ANZAC Day dawn service. After the President’s welcome, the crowd moves into the hall for breakfast and enjoy a chat with others.

The emotional service is repeated at 9.30am when hundreds of local people line the footpaths to watch and cheer as veterans and their families march down the main street of Monbulk.

Poppies and rosemary are laid on the white crosses and wreaths cover the memorial shrine.

On the big screen memories of the men who went to War are shown and then the ANZAC Day AFL football match is watched, along with the annual game of two-up being played.

Monbulk RSL needs your membership. Membership is just $30 a year and can be:

Looking for a flexible venue?

Need a convenient location available at a reasonable rate?

Legacy assists our widows and families with caring, compassionate support.